Majestic Film has emerged from a diverse and colourful history, which has evolved into an ability to convey distinctive skills and a vibrant cutting edge style into their creative process delivering a variety of styles and genres of motion picture filmmaking.

Specializing in everything from popular music videos and documentary films, to feature films. Director / Producer Steve Ravic has been active since 1995 and responsible for introducing an assortment of unique production styles that bring a striking element to his motion picture projects. Some of the projects under his Directorship and / or key credits have been released by companies such as Universal Music, Warner / East West through Nuclear Blast, Sony Pictures and broadcast by major commercial television networks like RTL in Europe and other television networks worldwide.

Currently in production with Majestic Film is an action/thriller ‘HOTEL UNDERGROUND’ to be starring Andy McPhee of ‘Sons of Anarchy’ and Kaori Kawabuchi, the Japanese motion capture artist famous for her many roles in one of the world’s biggest video game series ‘Final Fantasy’.

The documentary feature film ‘BILLICH: BEYOND THE CANVAS’ premiered at the Cannes Film Festival in 2019 and became the fourth feature to screen at Cannes under the Directorship of Steve Ravic. The documentary feature is based on the life and times of maverick artist Charles Billich who is known for work displayed in the White House, UN Headquarters and doing official art for the Nobel Prize For Peace, Red Cross, Grand Prix, The Olympics, Vatican and even the Playboy Mansion among others.

The story of Charles Billich is also being developed for a feature film based on the real life story of the famous artist himself to be called ‘My Way’. Other titles will include the drama ‘I NEVER CRY’ and comedies ‘BACK TO THE 80’s’ and the sequel DIARY OF A FATMAN 2 for the soon to be released ‘DIARY OF A FATMAN’ among others.

The latest addition to the slate is a project starring Croatia’s most popular and prominent music artist Marko Perkovic ‘Thompson’. The project will cover all twelve songs from his new album that will form into a feature length film based on the concept of the new album by ‘Thompson’. The collaboration was also extended to a live concert production in Split, Croatia with over 100,000 spectators in attendance.

Majestic Film has a wealth of other films on their own slate including the drama ‘I Never Cry’, road-trip comedy ‘Back To The 80’s’ and more. The Australian based Production house works worldwide as part of its own productions and associations, one of the most recent being the feature ‘Rogue Warrior: Robot Fighter’ released by Sony and shortlisted for the Oscars in 2018. 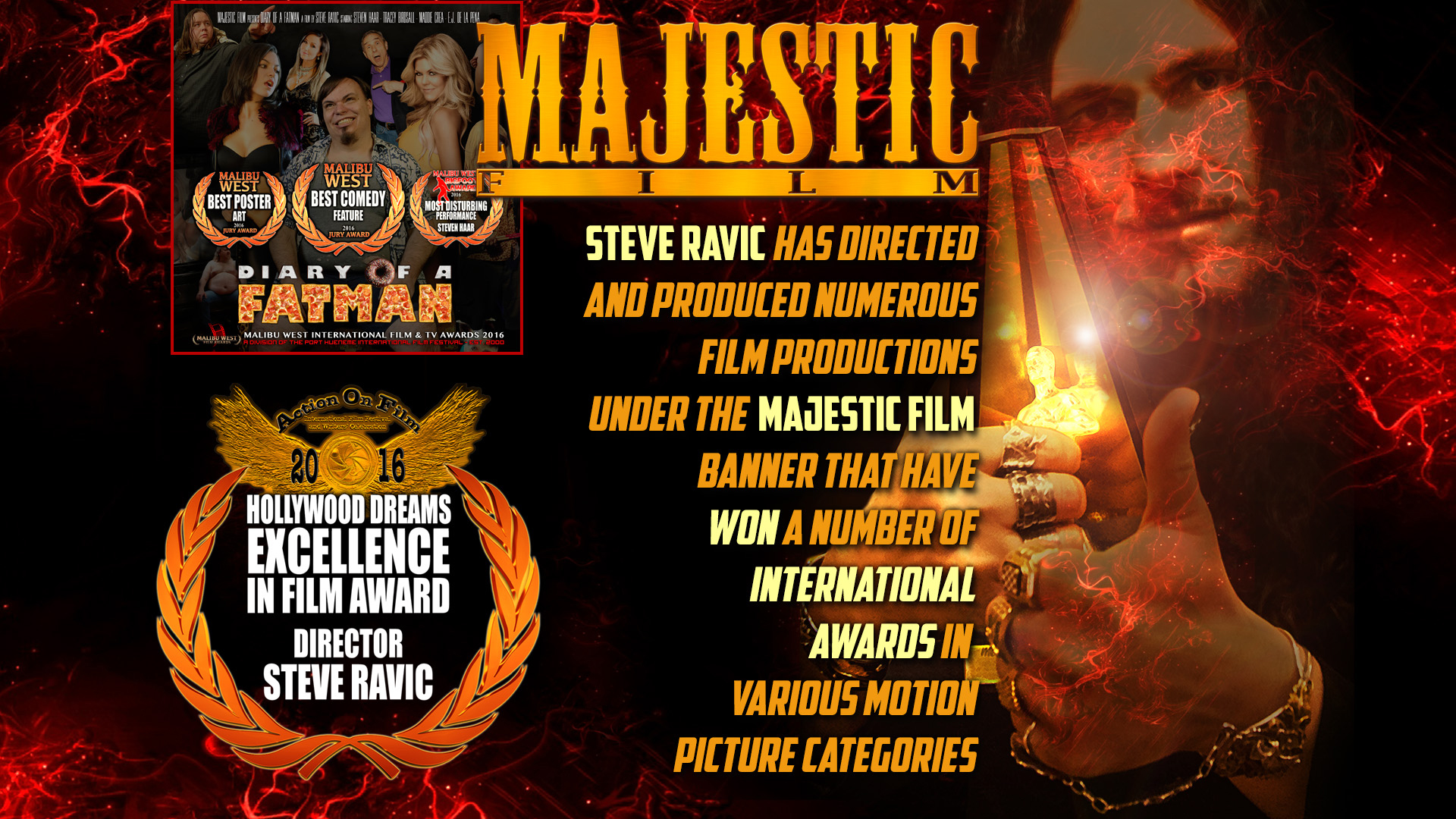