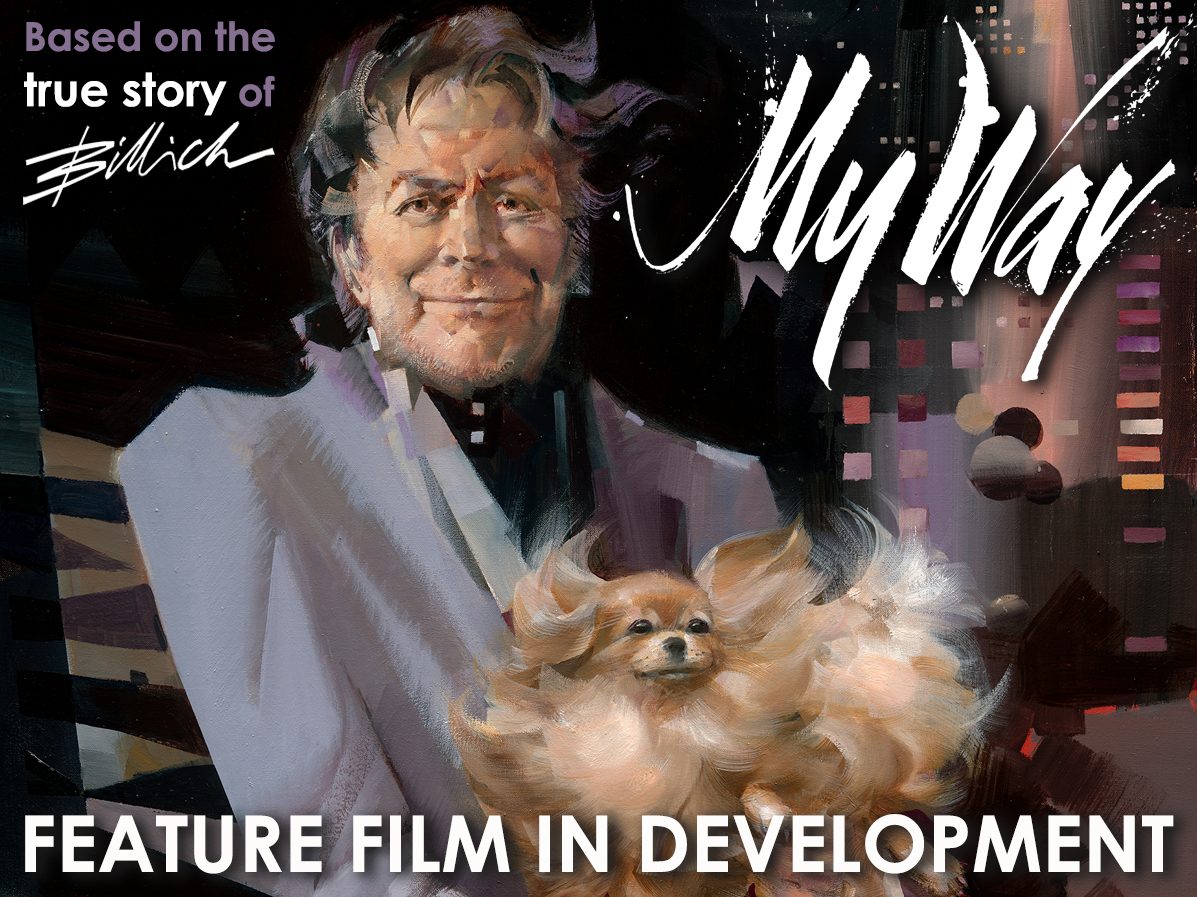 A FLAMBOYANT ARTIST WHO KEEPS
THE COMPANY OF POPES, KINGS
AND PLAYBOY BUNNIES IS STILL HAUNTED BY
MASS KILLINGS THAT HE WITNESSED AS A CHILD.

IN THE PURSUIT OF JUSTICE HE BECOMES
THE TARGET OF VINDICTIVE TYRANTS AND
FRAUDSTERS WHO INFLICT ON HIM THE BIGGEST
ART HEIST OF MODERN TIMES.

It was not always a lavish lifestyle of champagne and caviar dreams for artist Charles Billich. Surviving a dark childhood set in war and oppression, Charles Billich refused conforming to tyrants that plagued his homeland and was subsequently imprisoned and tormented by his captors.

His journey to paint the portrait of his life began with a heroic get away that was driven by the trials and tribulations of escaping the shackles of tyranny that occupied his homeland.

In a quest to find the freedom he desired, Billich set sail for Australia where he would paint his way to acclaim. However, the lifestyle of a flamboyant artist would only result in countless broken marriages before the playboy finally met his match in Christa.

This stunning woman would steer and embellish his illustrious career in the company of Popes, Kings and Playboy bunnies and their unconventional love would endure affairs, heartbreak and scandal with every obstacle only cementing their bond even further.

Haunted by a constant echo of cries in the night, Billich was compelled to expose the genocide he witnessed as a child by returning to the place of his birth on a mission to find justice for the victims. This would make him a prime target of those wanting to cover up the crimes, triggering his adversaries into committing the biggest art heist of our time.

Despite their obsession to destroy Billich, the empire built by Christa and Charles would only flourish in the face of adversity as the maverick surrealist confronted the greatest challenge of his life in yearning to achieve justice for both himself and his people.

A captivating drama based on the true story of an eccentric artist, the love of his life and their enduring bond that culminates into a changing world influenced by the Billich splendor, far beyond the art.